Vector is a digital desktop synthesizer based around the Orbiter. Four separate sound generators (Corners), each with a separate blend and filter stages, are mixed together based on the Orbiter position in a 2D space and the final mix is then processed by various Effects. The Corners are triggered either by notes sent from an external MIDI controller or from an internal Arpeggiator.

Furthermore, the display is divided into a few screens:

Orbiter screen is the main screen which appears on power-up and allows access to the “secondary” Effects screen. The Presets and Settings screens are accessible from the Effects screen.

The control elements on the front panel are grouped into multiple sections: Input (1), Envelope (2), Mixer (3), Feed and Arpeggiator (4), and Sync (5).

This section covers the front panel elements in detail. 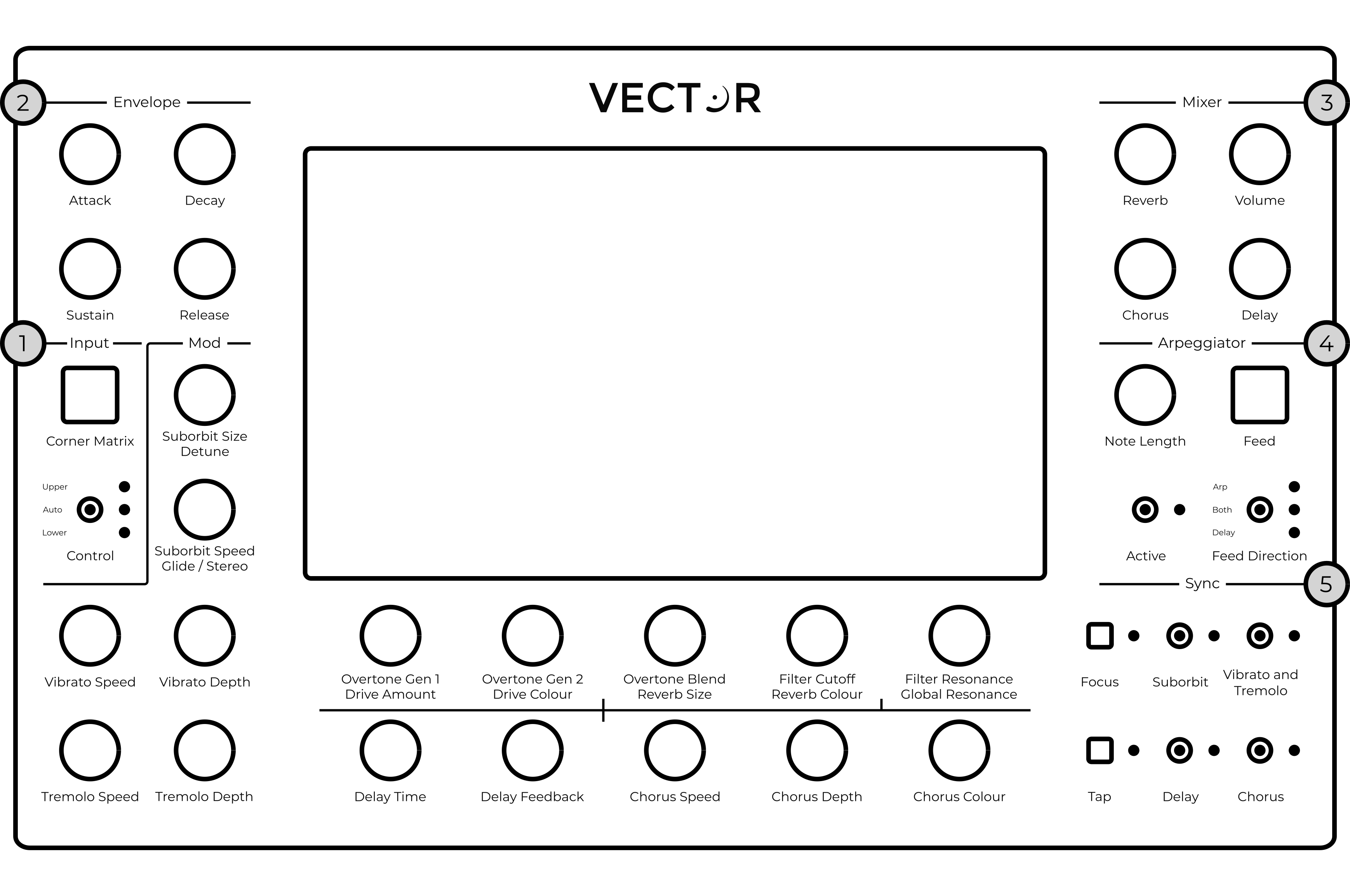 The Corner Matrix button brings up the Corner Matrix, which allows the configuration and routing of filters and selecting which of the four Corners of the Orbiter are currently under editing.

Some rotary encoders have more than one function – in such a case the two functions are written below the encoder. The Upper function corresponds to elements on the Orbiter screen

and the Lower function controls elements on the Effects screen

The Control switch sets which function is used. In Auto mode, the function follows the active screen on the display for convenience.

In the case illustrated above, the Control switch is in the Auto mode which means the encoder either functions as Suborbit Size or Detune, depending on the active screen.

The Corner Matrix button is called Corner Select on Vectors manufactured before 2021.

The knobs in the Envelope section controls the the lengths of the Attack, Decay and Release phases and the level of the Sustain phase. 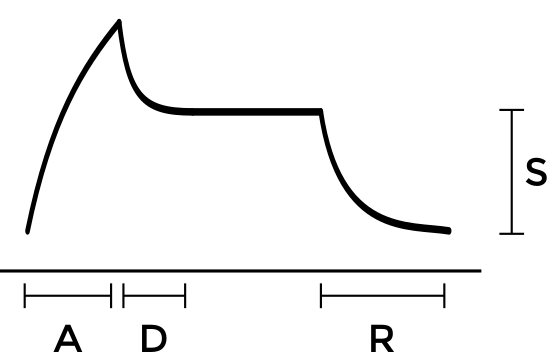 The envelope is triggered on a per-voice basis when a note is played. It is possible to choose either exponential (Exp) or linear (Lin) curve for each envelope.

The Mixer section controls the amount of the individual effects (Reverb, Chorus, Delay) mixed with the dry signal and also the Volume of the final stage of the audio chain.

The Feed Direction switch enables the routing of notes to Arpeggiator and of audio input to Delay.

The Feed button cuts the connections altogether, while both Arpeggiator and Delay continue processing normally. When Feed is active, the respective LED next to the Feed Direction switch is flashing. 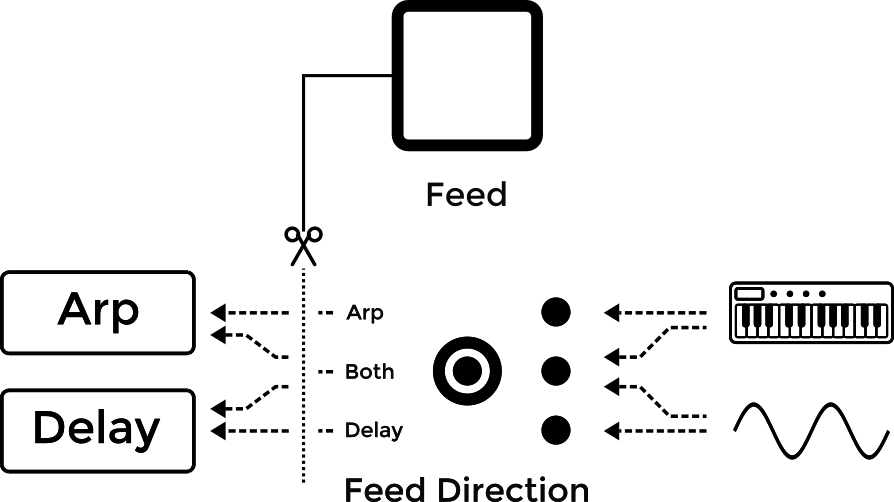 Using the two control elements, it is possible to have the following routing:

The Sync section allows the synchronization of the Orbiter’s suborbit movement, Vibrato and Tremolo, Delay and Chorus to the main tempo or to let them run on their own. When an element is synchronized, it snaps to the closest time signature.

The LED next to the Tap button indicates the current tempo and the tempo can be changed by tapping the button several times. See the Tempo section for more details.

The Focus button temporarily disables the Orbiter movement and cycles through each the four Corners, making it easy to tweak the Corners’ synthesis parameters. The focus mode is indicated by the associated LED and can be exited by holding the Focus button longer.